The New York City subway system is lousy with advertisements. This is one of them: 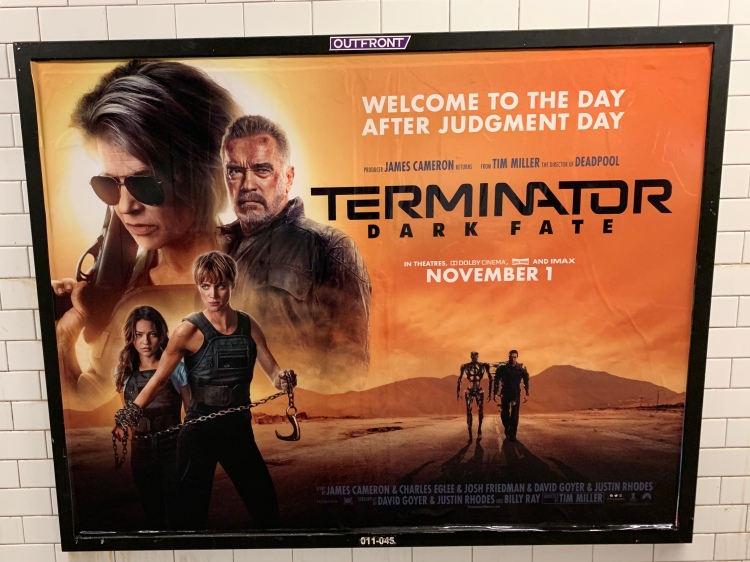 Well, here we go again. Between Rise of the Machines, Salvation, Genisys, The Sarah Connor Chronicles, The 3D T2 show at Universal, that one scene with Robert Patrick in Wayne’s World, and the leaked audio of Christian Bale yelling at a guy, it’s hard to believe Hollywood will ever nail a worthy third entry into this now beleaguered franchise.

On the other hand, with six cracks at it I’m sure even I could eventually create a Terminator sequel that seems good compared to the reviled junk that came before. Ready? Terminators on Mars. Boom, done, Oscar please.

Problem is, artificial intelligence/robots/machines rising up to kill organic life is hardly the groundbreaking plot device it once was. So what’s the hook here in this new film?

Linda Hamilton? Sure, it’s cool to see the actor who originally portrayed Sarah Connor put on the aviators again, but how many times have we already seen this “older actor is back playing the only character people remember them for” sort of thing? Mackenzie Davis and Natalia Reyes, two women presumably in roles that have normally gone to the latest white guy failing at being a below average John Connor? We’re definitely getting there. Arnold? Brother, Arnold being in a new Terminator movie is about as revolutionary as making a new Terminator movie that is very bad.

Hang on a second. Down there. Enhance…

Are you serious? Is this for real? 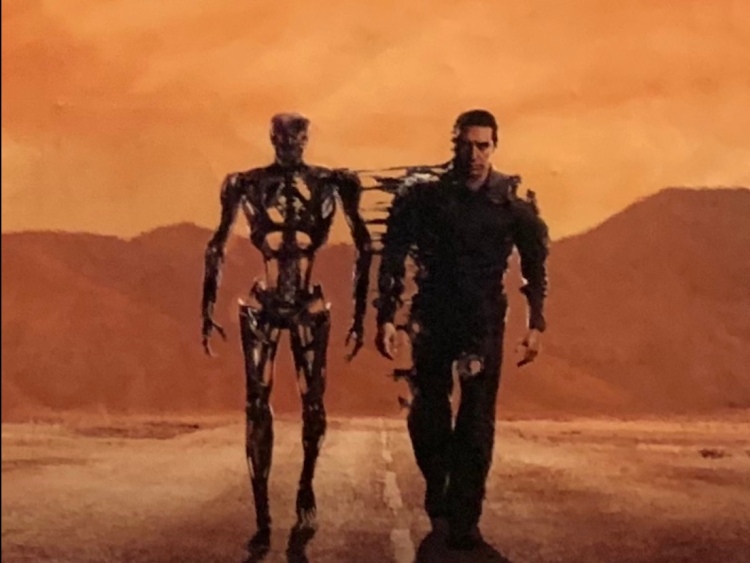 Are you reading the words I am writing? The Terminator is sticky now.

Forget your problems, throw caution to the wind, tell your crush how you really feel. The Terminator is STICKY now.

🎵Gonna take my horse to the old town road, The Terminator is sticky now🎵

There once was a man from Nantucket, who went to the movies because he heard The Terminator is sticky now.