The New York City subway system is lousy with advertisements. This is one of them:

“This Is Us,” a critically-acclaimed and commercially successful drama on NBC that hops back-and-forth through time to mess with your emotions. Sterling K. Brown, Milo Ventimiglia, and Mandy Moore headline an ensemble cast that give outstanding performances, a statement I can only assume is true seeing as the show won a Screen Actors Guild award for “Outstanding Performance by an Ensemble in a Drama Series.” 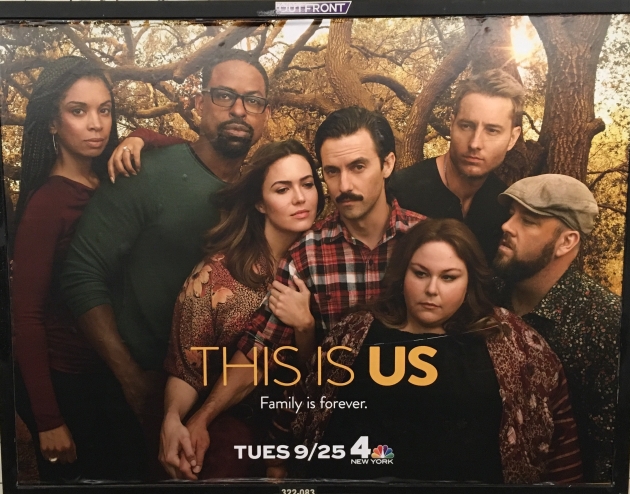 Okay, what the hell is this Photoshop monstrosity? Every cast member is so clearly just copy-pasted in. There’s so much disconnect between whatever it is every one of them is doing here. Isn’t “This Is Us” supposed to be a critically and commercially acclaimed drama with an ensemble cast that gives outstanding performances? A show about real people with real emotions we can all connect with? One of the most popular shows on television, and they give us this!? Why are they “standing” in front of one of those giant forest wallpaper murals you decorate your spare bedroom with? Why do all these ostensibly real human people look like so unnatural? 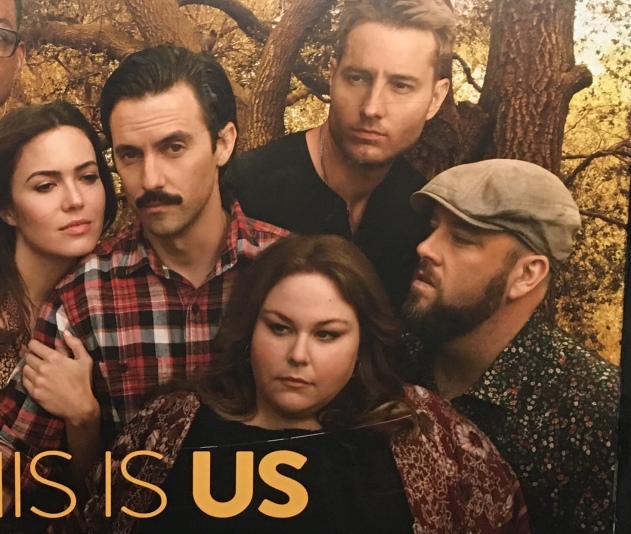 Who saw the photo of Chris Sullivan in his newsie cap and was like, “Yep, that’s the one that’s going in our big ad!” Never before has looking slightly to the left felt so alien. Also, what are these people even staring at? 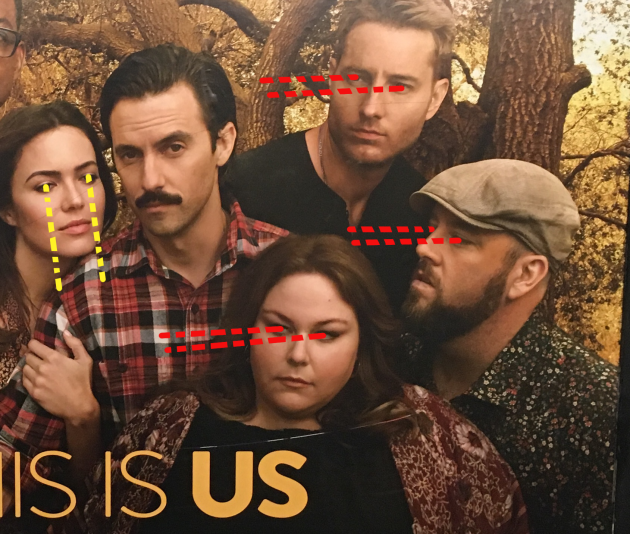 Our three left-lookers appear to be staring at Mandy Moore, who is so acutely aware of their stares, all she can do is stare blankly towards the ground. Why?

Could be a further case of weird photo editing that somehow made it into this big national ad (this isn’t just a subway ad, they show a version of this at the end of TV spots for the show!) Better yet, maybe these three know her deepest darkest secret, a secret that will be revealed in the course of the season and tear the family apart. Really though, they’re probably just gawking at the completely unnatural way that Mandy Moore is holding Milo Ventimiglia’s arm. 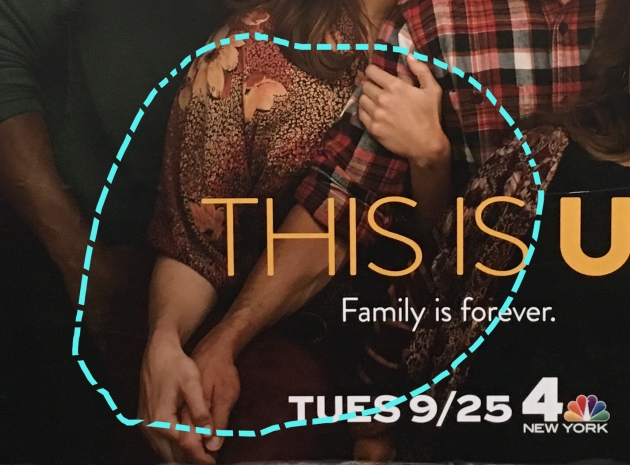 If someone tried to hold me this way, I would look at them and simply ask, “…Is this comfortable for you?” No one has ever held someone’s arm like in the history of mankind. Much like no one has ever placed their arm on someone’s shoulder the way Susan Kelechi Watson has her arm on Sterling K. Brown’s shoulder. 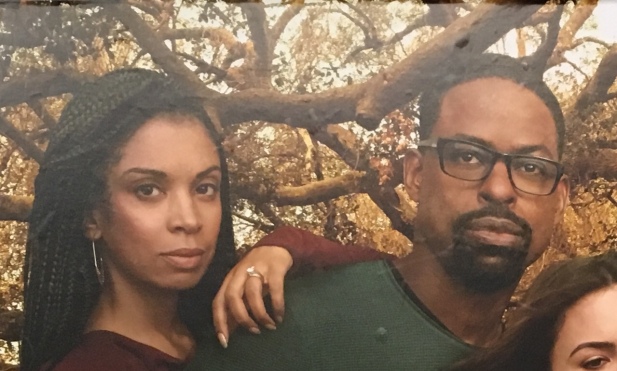 No conspiracy-theorist-dotted-line-art this time, but you get my point. Also, Sterling K. Brown looks like he has no idea what he’s doing here, and yet — by virtue of staring at the camera — still looks, by far, the third-most natural out of everyone. Also also — a combination of their attire, the looks they’re giving the camera, and me having never seen the show — Brown and Watson look like they are appearing in this ad as themselves, while everyone else is appearing as their character.

This is seven different photo shoots horribly spliced into one, and someone got paid to make it. And it got approved! Hell, I could do better than this. Actually, give me a minute… Look at that! Whole cast together, in the same room, staring directly at the camera, hands and arms in natural poses, looking like real people with real emotions we can all connect with.

Maybe the tag line is a little weak, but I mean, it doesn’t need to be Peggy Olson-level art. The show’s name speaks for itself at this point, it’s a critically and commercially acclaimed drama with an ensemble cast that give an outstanding performances, we’ve covered this.

So, where are we at? I’ve driven myself near-insane analyzing and criticizing this ad. It’s weird, it feels unnatural, in some ways it creeps me out.